Embossing does not fix air leak

Some folks believe that a leaky harmonica should be embossed. It's not true: You should not expect that embossing the slots of a harmonica will make the instrument less leaky.

Embossing is the tightening of the tolerances of the slot through which the reed passes. Less room between the reed and the slot means that air flow is more efficient but this is not the same thing as making the instrument airtight. 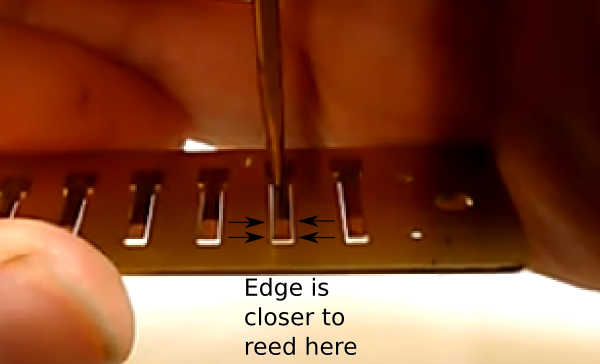 The benefits of making a harmonica airtight is that more breath reaches the reed and it's therefore easier to play. Most folks describe this using the words "better compression."

Another benefit of making the instrument airtight is that it ensures the slots are straight which makes the reeds more efficient.

To illustrate how embossing or tightening the tolerance won't help airtightness, consider a peashooter. 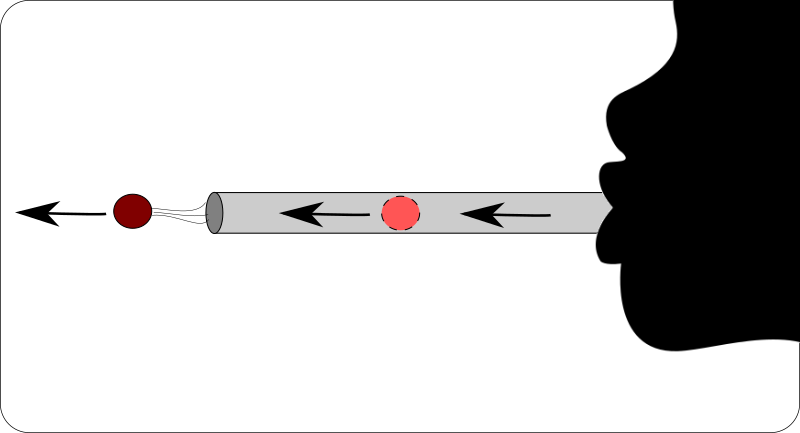 The air pressure from your mouth pushes the pea out of the straw. The pea gets its kinetic energy from the flow of air.

Although the pea is a little smaller than the straw and some air will flow past the pea, it still moves very well. This pea can travel quite far with a good puff of air.

If there was a hole in the straw between your cheeks and the pea, some air would leak out. 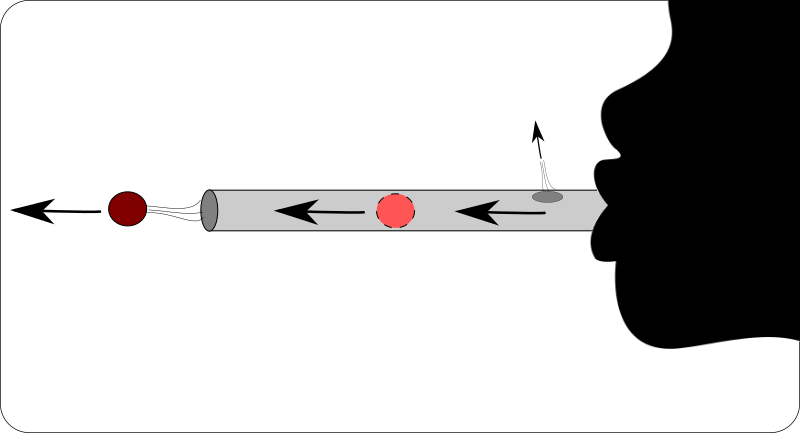 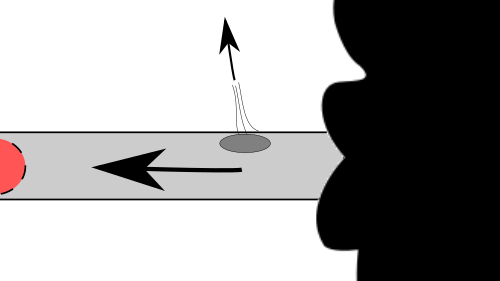 There would be less air getting to the pea and which means less kinetic energy is transfered. With the same puff of air, the pea will not travel as far as in the previous example.

If we tighten up the tolerances by making the pea slightly bigger or making the straw slightly thinner, we will not make the pea travel all that much further. Less air would flow around the pea and that part would be slightly more efficient but it doesn't fix the air leak problem - in fact, more air will leak out of the straw before it even reaches the pea because downstream resistance is higher. The best solution would be to plug up the hole. 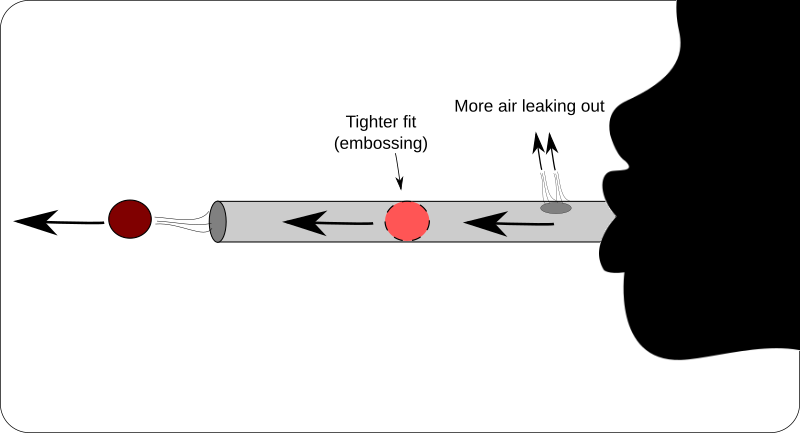